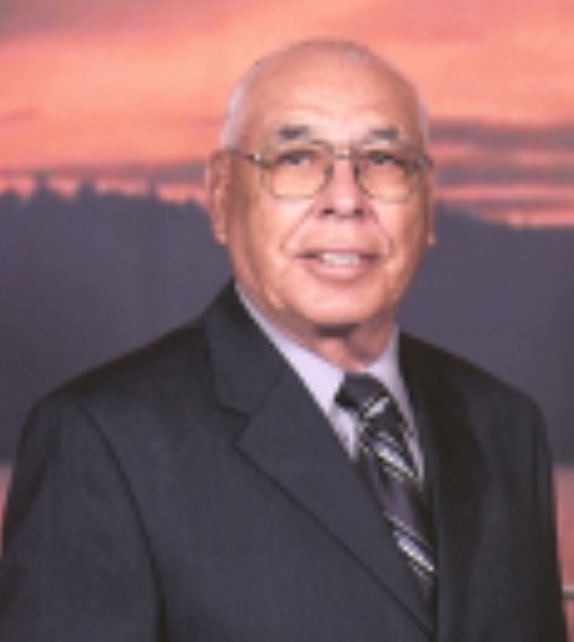 Simon Rodriguez Peru, 87 years, passed away from Covid-19 complications on August 8, 2020 in Gilbert, Arizona. He is survived by: his wife of 65 years, Velia Peru; and their four children, Ramey Peru (Dana), Reynaldo Peru, Ronald Peru (Linda) and Rebecca Hayes (Robert). Simon was grandfather to eight grandchildren and great-grandfather to twelve great-grandchildren - they will greatly miss their “Bonka”.

Simon was born in Duncan, Arizona in 1932 and was the third oldest of ten children born to Lorenzo and Basilia Peru. He is preceded in death by: his parents; and five of his siblings. Simon is survived by: his brothers, Larry Peru (Emma), Julio Peru, Ruben Peru (Octavia) and Daniel Peru (Belle). Simon attended Morenci High School, where he lettered in football and basketball, graduating in 1952. He served in the United States Army during 1953 and 1954, as a heavy weapons infantryman. He was initially based at Fort Ord, California with orders to ship out to South Korea, but an officer tapped him on the shoulder and asked if he played football and basketball. Of course, he said yes and was reassigned to Company D, 4th Infantry in Alaska, where he played football and basketball for his base. He was a member of the American Legion, Club Verde, and Morenci Lions Club (including a term as President). He worked for Phelps Dodge, with 43+ years of service, retiring to Safford, Arizona in 1995 and moved to Chandler, Arizona in 2011. Upon retirement he took up woodworking and made many beautiful pieces of furniture that he gave to family and friends. Since 1999, you could often find him and Velia enjoying life in Greer, Arizona. Greer, Big Lake and the East and West Forks of the Black River were special places to him, many great memories were made there with his family.

A Celebration of Simon's Life will be conducted Friday morning, June 25, 2021, at 10:00 a.m., at Vining Funeral Home's "Chapel of the Valley". Concluding services with military honors conferred by the Gila Valley Veterans Honor Guard will follow in the Safford Cemetery.

The family suggests contributions in Simon's memory to Boys and Girls Club of the Gila Valley, https://www.bgcgilavalley.org/donate or by mail to 805 7th Avenue, Safford, Arizona 85546.

To order memorial trees or send flowers to the family in memory of Simon Rodriguez Peru, please visit our flower store.