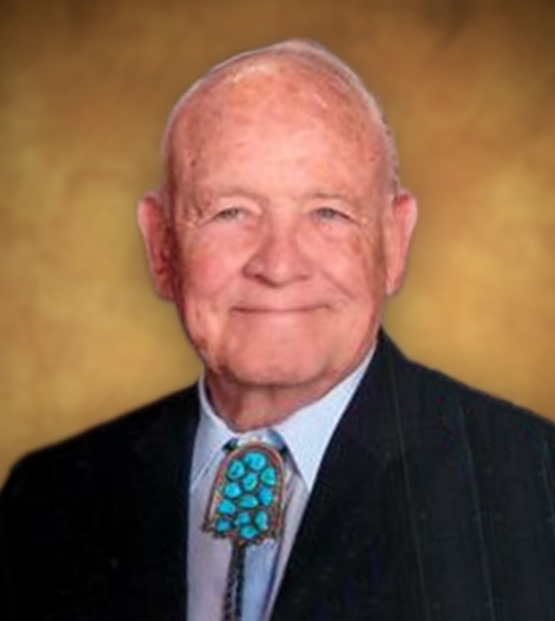 Roger E. David, age 94, of Safford passed away at his daughter’s home in Phoenix on Dec. 22nd He was a retired businessman and funeral director. Roger, his wife Carolyn and their 5 children moved to Safford in 1959. He purchased the Safford Funeral Home and served thousands of Gila Valley Families during his 40 years of David’s Safford Funeral Home ownership.

His community service included working with others to establish David’s Ambulance in Graham County, Grahamlee Ambulance in Greenlee County, and the Melvin Jones Memorial in Ft. Thomas. His church service comprised local leadership, foreign missions and many years with his wife Carolyn as temple workers at the Mesa and Gila Valley LDS Temples. He was a member of the Safford Lions Club and a World War II era veteran.

Roger is survived by his 4 daughters, J’Anne Affeld, Jared Smithson, Jeanne Koniuszy and Joyce Dietrich of the Phoenix Metro area, a son, Paul R. David of Safford, as well as 21 grand and 43 great-grandchildren.

Through his 60 years in the Gila Valley, Roger realized that the principle of scarcity is invalid here concerning friends, neighbors, and community members. The more Roger and Carolyn gave of their time, talents, means and love, the more they received back. They cherished the wonderful people of the Gila Valley.

Funeral services will be conducted Thursday, December 30, 2021, at 2:00 p.m., at the Safford Stake Center of the Church of Jesus Christ of Latter-Day Saints by Bishop Lamont Whetten of the Safford Third Ward. Roger will be laid to rest at the Thatcher Cemetery.

The family will receive friends Thursday afternoon, from 1:00 p.m. until 1:45 p.m., at the Safford Stake Center Relief Society Room of the Church of Jesus Christ of Latter-day Saints.

To order memorial trees or send flowers to the family in memory of Roger E. David, please visit our flower store.