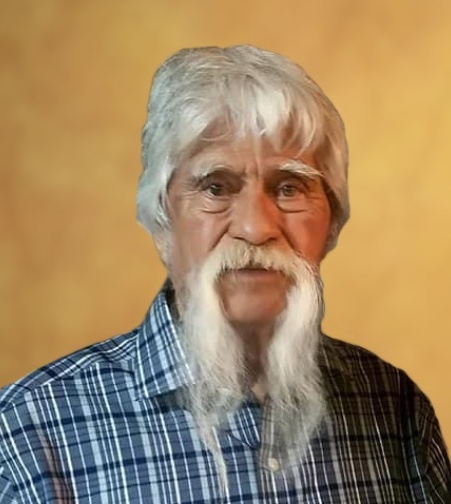 Raul was born into this world October 9, 1933, to Hilario and Guadalupe Lopez of Clifton, Arizona. His early days were spent in a modest house near the river just north of Clifton. At age five he suffered the loss of his mom. Shortly afterward Tata Lalo married our Nana Rosa. Lalo and Rosa raised Raul and his four siblings: sisters Gloria, Celia, Amelia, and brother Reynaldo, in a home on the hill of east Clifton.

As a kid, Raul worked hard and played hard. Like many men from his era, he started working at an early age. During his school years, Raul worked for the Sanitary Market making deliveries between Clifton and Safford. Shortly after high school he served 3 years as a Light Weapons Infantry man in the “Bushmasters” 158th infantry unit in Safford.

Raul married Rose Silva from Bernardo, New Mexico, and they raised three children: Sharon, Jeff, and Steve. As a family we enjoyed our favorite camping spots throughout different parts of Arizona and New Mexico.

Raul’s different job opportunities came to him from Southwest New Mexico and Eastern Arizona. As a copper miner, he eventually found himself back in Clifton.

Raul married his second wife, Aida Johnson. Our family quickly grew to become six. Dad and Aida were married for 43 years. They both shared a passion for adventure and travel. They each enjoyed being close to their family and friends. As all six of us were off making lives of our own, Dad and Aida lived in the old blue house on Smelter Hill Road.

Retiring from the Phelps Dodge Corp., Raul started a second career as the owner and operator of RR&A ice company. For 16 years Raul delivered and sold packaged ice in all of Greenlee county. His ice company sponsored youth baseball and made contributions to the local veterans’ organizations in Clifton.

Raul is preceded in death by: his parents, Lalo and Rosa; his brother, Reynaldo; his wife, Aida; and his great-grandson, Jacob.

He is survived by: his blessed sisters, Gloria, Celia, and Amelia; his loving children, Sharon, Jeff, and Steve; his three children by marriage to Aida, Ronald, Sandra, and Susan; seven great-grandchildren and eight grandchildren. His legacy will live on through us and the people whose heart he touched.

A Mass of Christian Burial for Raul will be celebrated Saturday, April 17, 2021, at 11:00 a.m., at the Sacred Heart Catholic Church by Rev. Nathaniel Mma. Committal will follow in the Sacred Heart Cemetery with military honors conferred by the Clifton American Legion Lloyd C. Hill Post #28 Honor Guard.

To order memorial trees or send flowers to the family in memory of Raul Lopez, please visit our flower store.

Praying of the Rosary

Praying of the Rosary