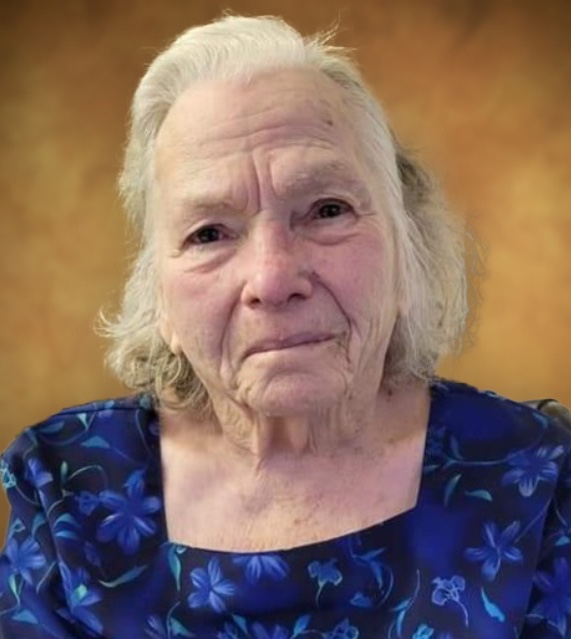 LaRue Hancock Harper-Harris, a longtime resident of Safford, entered into eternal life Thursday evening, December 2, 2021, at the Haven of Safford, from causes incident to age. LaRue was 91.

LaRue Hancock was born on June 13, 1930, in Safford, at the family home. Her parents were Fred and Hazel Hancock. She was the fifth daughter born to them—Myrtle, Viola, Bessie and Peggy, and later two sons, Ivan and Fred.

She attended Solomonville School and later graduated from Safford High School in 1948. She was visiting her cousin in Mesa where she met and later married Leldon Arrington. They were married in Pocatello, ID. They moved around a lot, often staying with different relatives until they found a place of their own.

They had four children, Toni, Michael, Ronald and Kevin. Leldon was in the Army for a time and they were stationed in Hawaii. That was the happiest time in their marriage. It wasn’t too long after they returned to Phoenix before they were divorced and LaRue moved back to Safford. She sold her home in Phoenix and bought a mobile home and parked it next to her parents’ home. She worked as a waitress at Manor House, Star Café, Gaslight and Tiki.

After 8 years she moved back to Phoenix. She was introduced to Lester Harper and they married June 27, 1968. She and Les lived and worked in California for a time and eventually moved to Utah and finally to Safford where they bought a mobile home and moved it to Ivanho Mobile Home Park, where her parents lived. Most of her siblings were nearby. She stayed very close to her sisters and brothers.

She was a lifelong member of the Church of Jesus Christ of Latter Day Saints, and held many positions in her ward. She and Les served a mission for the church in the Tallahassee Florida Mission, making many friends there who they visited several times after their mission.

She loved singing and would often sing duets with her brother, Fred, as well as singing in other groups who performed around town. She was also an excellent seamstress—she worked at Camp Trails until they closed. When her children were young, she always made dresses for Toni with matching ones for herself never using a pattern. She also was very organized with everything and made all the family reunions fun.

Les’ health declined and he passed away in 2008. She later met Vaughn Harris on an LDS dating site. He was from Utah and had twelve kids there. LaRue and Vaughn were married in November of 2009. They tried to divide their time between Utah and Safford. When his health started to get worse, his daughters came to Safford and packed all his things and moved him back to Utah. They didn’t tell LaRue this was a permanent move! She went to Utah with them but stayed with Kevin and his family for about two months. She returned to Safford alone and moved in with Toni and Hal where she lived for 2 ½ years. Toni had major surgery and wasn’t able to care for her for a while so LaRue moved to the Beehive Home in Thatcher where she stayed for 4 months and then moved to Haven Care Center where she lived the last three months of her life.

Funeral services for LaRue will be conducted Friday, December 10, 2021, at 12:00 p.m. (noon), at the Solomonville Chapel of the Church of Jesus Christ of Latter-day Saints, by Bishop John Green of the Safford Sixth Ward. Concluding services will follow in the Safford Cemetery.

The family will receive friends Thursday evening, December 9, 2021, from 5:00 p.m. until 7:00 p.m., at the Vining Funeral Home and Friday morning from 11:00 a.m. until 11:45 a.m., at the Solomonville Chapel Relief Society Room of the Church of Jesus Christ of Latter-day Saints.

To order memorial trees or send flowers to the family in memory of LaRue Hancock Harper-Harris, please visit our flower store.