Thatcher Stake Center of the Church of Jesus Christ of Latter-day Saints
Monday August 16th, 2021
10:00am

Joan Blake McBride, a longtime resident of Thatcher, entered into eternal rest Saturday afternoon, August 7, 2021 at her residence with her beloved husband, Clarence and their family at her bedside. Joan was 87.
Joan was born to William Carl Blake and Lillian Larson on April 5, 1934 in Pima, Arizona. She was the eldest of four children. Her family moved to Claypool, Arizona and later to Inspiration Hill in Miami, Arizona where her father worked as a bookkeeper for the mine. She attended George Washington and Benjamin Franklin Elementary Schools and graduated from Miami High School in 1952. With a goal of obtaining a college education, Joan went to Tempe to attend Arizona State University. She accomplished her goal and soon graduated with a bachelor’s degree in business education followed by a master’s degree. With her teaching certificate in hand she went to St. Johns and later to Pima where she taught High School students typing, bookkeeping and shorthand. She instilled a love for learning in her children.
While Joan was teaching at Pima High School she met her sweetheart, Clarence McBride. They were married December 27, 1958 in the Mesa, Arizona Temple. They settled in Thatcher and were blessed with five “McBridelites”, three girls and two boys.
At an early age, Joan’s parents instilled in her a love of music and encouraged her to play the piano. This became one of the biggest joys of her life. She loved accompanying her children for musical performances and playing in church. She felt this was her talent and she willingly shared it with others. She found great delight in listening to her children and grandchildren sing, play the piano and play other musical instruments. She always encouraged them in their musical pursuits.
Joan was always the biggest cheerleader in the lives of her children and grandchildren, attending volleyball, football, and baseball games, and many other sporting events, even the ones twelve hours or more away. She was a constant in the audience of marching band shows, band, orchestra, and choir concerts and whatever other pursuits her family was involved in.
As a lifelong member of the Church of Jesus Christ of Latter-day Saints, Joan quietly and faithfully served in many callings throughout her life. One of her favorites was serving the children in Primary. She also enjoyed serving in the Temple, both in Mesa and the Gila Valley. Together with Clarence, Joan served a mission at Winter Quarters in Nebraska. With faith and determination, she lived the gospel of Jesus Christ and bore her testimony daily through her simple acts of service and love. She taught her children to do the same.
Joan is survived by: her husband, Clarence; and their five children, Janine Bryce (Keith), Phil McBride (Paula), Bryan McBride (Nadine), Daphne Brimhall (Kevin) and Audrey Christiansen (Cory). Joan and Clarence are blessed with 23 grandchildren and 36 great-grandchildren. She is also survived by: her sister, Marilyn Miller; and sister-in-law, Phillis Blake. Joan was preceded in death by: her parents, William Carl Blake and Lillian Larson; and her brothers, Nolan and Wayne.
Funeral services for Joan will be held Monday morning, August 16, 2021, at 10:00 a.m. at the Thatcher Stake Center of the Church of Jesus Christ of Latter-day Saints. Concluding services will follow at the Pima Cemetery.
The family will receive friends Sunday evening, August 15, 2021, from 6:00 p.m. until 8:00 p.m., at the Vining Funeral Home and Monday morning from 9:00 a.m. until 9:45 a.m., at the Thatcher Stake Center Relief Society Room of the Church of Jesus Christ of Latter-day Saints.

To plant memorial trees or send flowers to the family in memory of Joan McBride, please visit our flower store.

Your condolence is awaiting moderation. Once approved it'll appear in the guestbook.

A photo was added for Joan Blake McBride 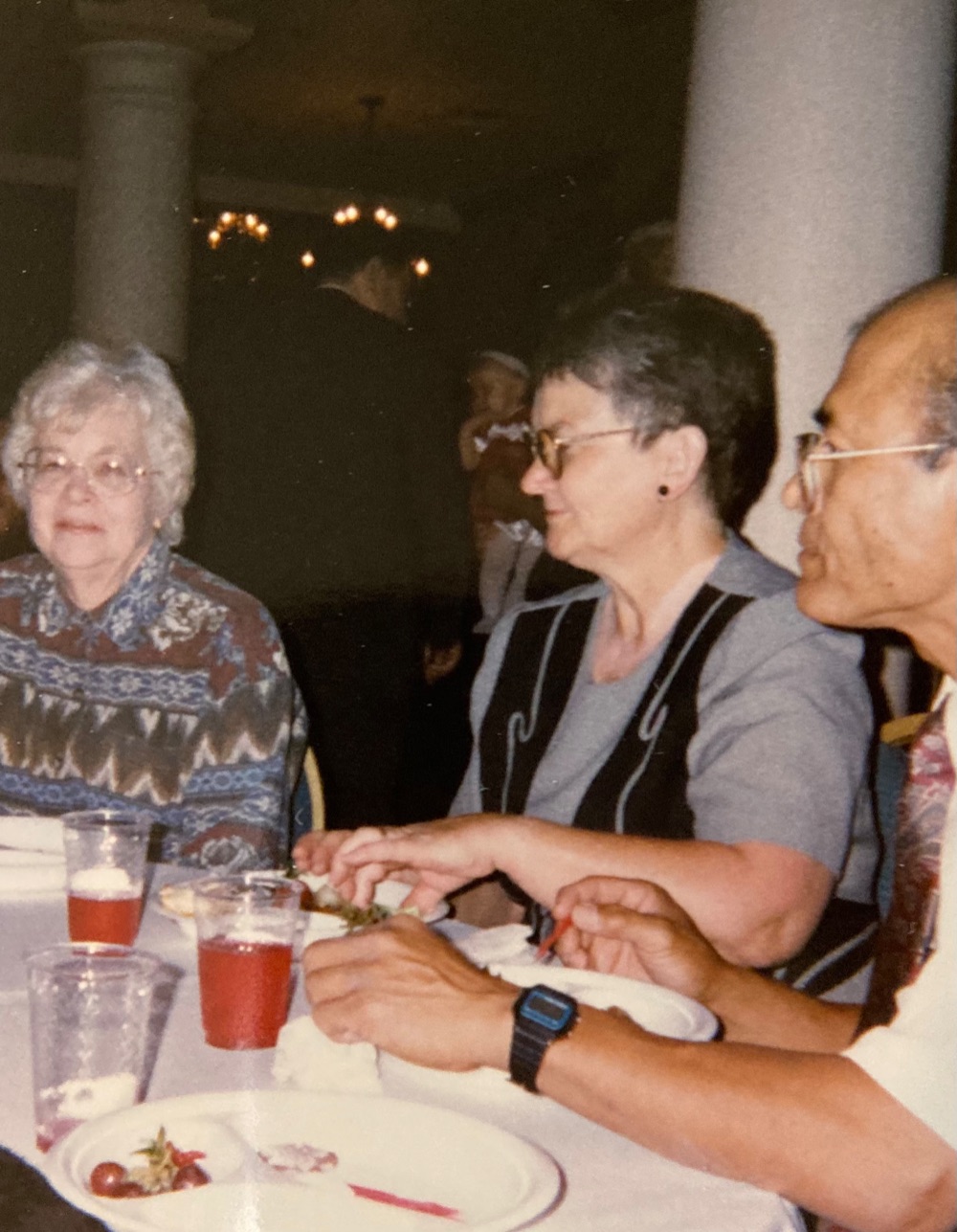 A photo was added for Joan Blake McBride

To Clarence and family: Very sorry to hear of Joan's passing. Sincere condolences.