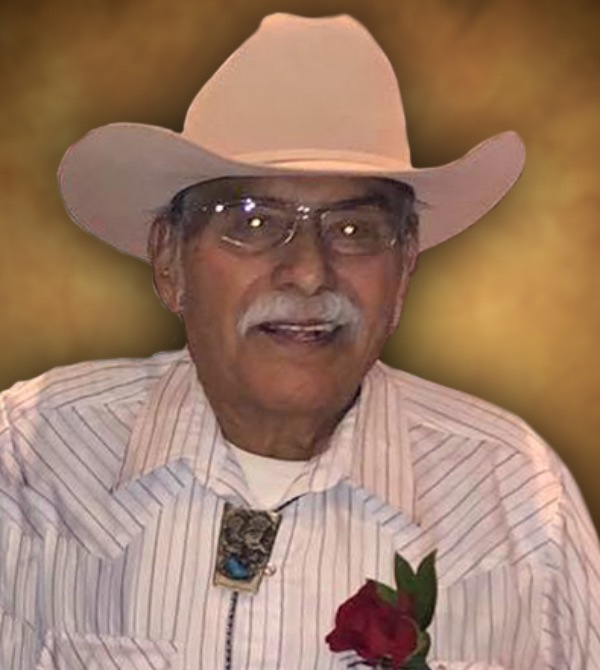 Frank Gonzales or "Pancho" as he was affectionately known by many, age 84 and a resident of Clifton, entered into eternal rest Friday evening, June 4, 2021, at the Tucson Medical Center, with his family gathered at his bedside.

Pancho was born on July 11th, 1936 in Metcalf, Arizona, to Jesus and Jesusita Gonzales. He was the last child to be born in Metcalf. Pancho lived with his family in Metcalf only till the age of 2 before moving to Old Morenci. He was always referred to as Pancho, or Caldera, his great grandmothers maiden name. For a long time, he would say that if you called him that, those were fighting words! It wasn’t until he learned the meaning behind the name that he would learn to accept it. In 1938, Pancho moved to Morenci where he attended school until the age of 14. He did not play sports, or participate in any activities. At age 14, Pancho dropped out of school to start working with his father. They would haul Cattle, hay, and even helped people move all over the state. They were the U-Haul of Morenci.

Pancho met Lydia Lopez in 1953, and the sparks started. He worked for Villalante Freight Lines until the age of 18. At age 18, he also married Lydia, the love of his life. Together, they brought 3 children into the world. They were married for 66 wonderful years, until his passing on June 4, 2021. In 1955, he began to work for Phelps Dodge Corporation. He started in the smelter, then he went to the Concentrator, where he earned the title of Assistant Foreman, and eventually Shift Foreman. Pancho was a Salary Foreman, and often talked about the troubles he went through as such. He was required to go through the crowds of strikers in order to get to work. Being forced to work came with many troubles. He always told the stories of how strikers would throw rocks and other items at them as they were making their way to work. He always told the story of how he would be driving his old GMC truck through the crowds to get to work, and his grandkids, Gina and Jim would be standing in the crowd cheering him on! He would get so mad! All in all, Pancho worked for Phelps Dodge Corporation for 42 ½ years.

Pancho loved being in the outdoors. Some of his favorite hobbies were: hunting, fishing, welding, guns, making scorpions, raising his horses and spending time with his family. He had a big hatred for scorpions, but enjoyed scorpion hunting outside with his grandkids! When he was younger, he had 5 horses, and he made sure all 3 of his kids new how to ride and take care of them. He always made sure his children stayed busy. Together Pancho and Lydia had 3 children, 6 Grandchildren, 9 Great Grandchildren, and 1 Great-Great Grandchild, who all loved their Tata very much. In Closing, Pancho was Country, when Country wasn’t cool!

The family appreciates all the prayers and condolences that have been offered.

A Memorial Mass of Christian Burial for Pancho will be celebrated Saturday morning, June 19, 2021, at 10:00 a.m., at Sacred Heart Catholic Church in Clifton by Rev. Nathaniel Mma. Committal will follow in the Sacred Heart Cemetery.

A Rosary and prayers will be offered Saturday morning, June 19, 2021, at 9:00 a.m., at Sacred Heart Catholic Church in Clifton.

To order memorial trees or send flowers to the family in memory of Frank "Pancho" Gonzales, please visit our flower store.

Rosary and Offering of Prayers