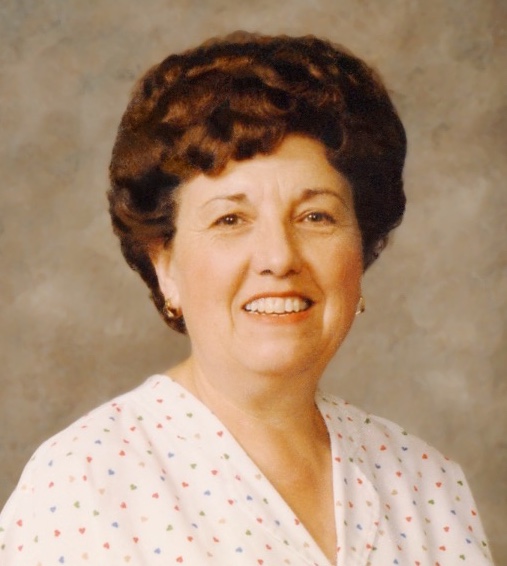 Erma B. Pollock, a longtime resident of Safford, peacefully entered into eternal life Saturday evening, October 1, 2022, at the Beehive Homes of the Gila Valley, from causes incident to age. Erma was 92.

Erma was born August 12, 1930, in a farmhouse in Stanton County Kansas, the daughter of Allen and Olive Walker. She had an older sister, Jewell O’Neal who passed away in Idaho in 2002.  Allen and Olive are buried in the Cottonwood Arizona Cemetery, as they lived there from 1940 until their passing. The family relocated to Arizona from Kansas in 1937 during the dust bowl days. Erma attended the Beaver Creek School and then the Clemenceau School, graduating from Clarkdale in 1947.  Erma worked as a secretary at the Cottonwood School from September 1948 until May of 1960.  In 1954, Erma married Reed Pollock, the manager of the local Sprouse-Reitz store in Cottonwood. Reed was transferred to the Coolidge store then to two other stores in Tucson. In 1962, Erma and Reed became parents of Karyn Sue.  In 1972, they relocated to Las Vegas, Nevada where Reed was District Manager of twenty-five Sprouse-Reitz stores. In 1978, Erma and Reed moved to Safford to be closer to family. Erma soon obtained work at Eastern Arizona College and devoted fifteen years there, retiring in 1995.  Reed passed away in October of 1998. Erma became an active member of the Church of Jesus Christ of Latter-day Saints while living in Las Vegas and enjoyed working as a secretary in the Relief Society for five years, while in Safford she worked in the church library for fifteen years.

Erma is survived by:  her grandson, Dakota Ambrose, of Phoenix.  Erma as predeceased by: her husband, Reed; her daughter, Karyn Ambrose; a grandson, Jace Ambrose; her mother, Olive McNeff Walker; her father, Allen Walker; and a sister, Jewell O’Neal.

Graveside services for Erma will be conducted Saturday morning, October 15, 2022, at 9:00 a.m., at the Pima Cemetery by Bishop Preston Alder of the Thatcher Seventh Ward.

To order memorial trees or send flowers to the family in memory of Erma B. Pollock, please visit our flower store.