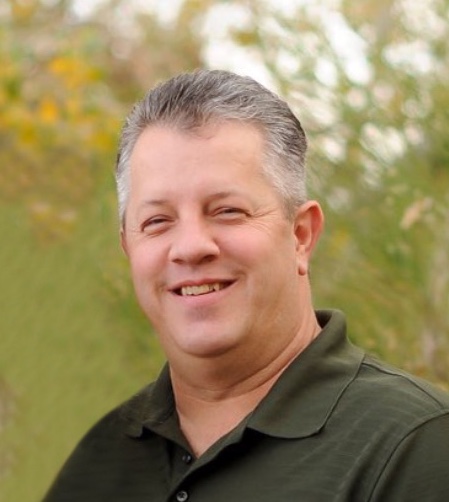 Daniel Hughes McBride, age 47, passed peacefully away at The Mayo Clinic Hospital in Phoenix, AZ on Monday, June 14, 2021, after a tough battle with Covid-19. Daniel was born to Orlando W and Marsha McBride on May 11, 1974, in Holbrook, AZ. Daniel was one of nine loving children.

When Daniel was 5 years old the family moved to Safford. Five years later the family moved to Ajo where Daniel continued in school, graduating from Ajo High in 1992. Daniel was naturally athletic and participated in multiple sports. He also enjoyed marching band as a trumpet player. He served a mission for The Church of Jesus Christ of Latter-day Saints at age 19.

In 1996 he met his sweetheart, Mindy Merrill, at EAC. They fell in love instantly and were married 5 months later in the Mesa Arizona Temple. Daniel and Mindy started their life off in Mesa where their first child, Kalee, was born. Shortly after Kalee’s birth they moved to Clifton where Daniel continued his career in insurance which he continued for 20 years. As years went by, they brought four other beautiful children into the world – Camrie, Cade, Ashlee, Dallin. Family was everything to Daniel. He always felt blessed to have a job where he could take time to go to any awards assemblies, school plays, sporting events, or lunch dates with his “kiddos.” He loved them dearly.

He and Mindy did everything and went everywhere together. They were truly the best of friends. Daniel served as bishop in the Clifton ward from 2013-2018. In 2018 Daniel changed careers and began work for Freeport McMoran in the MIS department. The family relocated to Safford at that time. Daniel loved meeting new people, was kind to everyone and will be remembered for his goodness and love.

Funeral services for Daniel will be conducted Wednesday, June 23, 2021, at 10:00 a.m., at the Church of Jesus Christ of Latter-day Saints Safford Stake Center. Concluding services will follow in the Safford Cemetery.

To order memorial trees or send flowers to the family in memory of Daniel McBride, please visit our flower store.