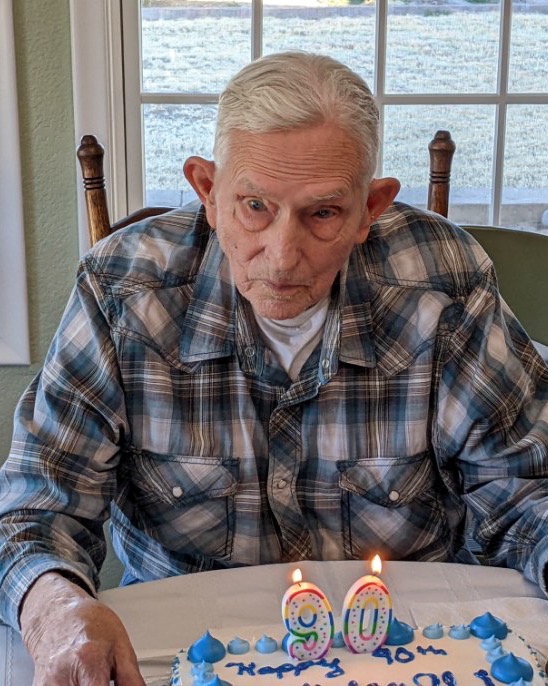 Albert Alston Cochran or "Al" as he was known by all, a resident of Thatcher went to be with our Lord on Tuesday, December 13, 2022 at Heritage Health Care in Globe, Arizona.

Al was born on February 20, 1932 to Everett Andrew and Susie Ethel Cochran in Rainelle, West Virginia. Al joined the United States Navy and served in the North Atlantic, Mediterranean, and the Caribbean Oceans on an aircradt carrier the USS Bennington during the Korean Conflict. Al loved being able to serve our country and was very patriotic.

In 1961 Al started working for North American Aviation as a Design Engineer where he worked on the Apollo Program. He was instrumental in getting the Apollo 11 to the moon in 1969. He was also one of the designers for the GPS and on the Heads Up display unit for the Air Force jet planes.

Al loved to bowl. He was on Rockwells bowling league for 30 years. He loved to hunt. Every fall he would go to Utah, Idaho and California and hunt with family and friends. He was also a member of the International Y's Mens Club where he hosted many foreign delegates at his home.

He built a house in Fallbrook, California where he moved after he retired. He planted and raised avocado and citrus trees. He was a volunteer for the San Diego Sheriff's Deptartment for 10 years. In 2007 he moved to Thatcher, Arizona and he joined the Safford Lions Club wherehewasaveryactivemember. Alwasalsoawoodworker,andenjoyedselling his cutting boards and lazy susans at the Country Christmas boutique. In 2017 Al had the priviledge of going on the Honor Flight Arizona. He loved it and met many great people.

Al is survived by: his wife Ruby, of 58 years; a son, Wayne Cochran (Arlene); his daughter, Lisa Costello (Jim); six grandchildren, and two great-grandchildren. Al is preceded in death by: his parents, Everett and Ethel Cochran; his daughter, Susan Lynn, a grandson, Paul; and his brothers, Earl, Everett Jr. and Charles.

Funeral services for Al were conducted Thursday morning, December 22, 2022, at 11:00 a.m., at the Real Life Community Church of the Nazarene in Safford. Concluding services with military honors conferred by the Gila Valley Veterans Honor Guard and the United States Navy Honor Detail followed in the Thatcher Cemetery.

To order memorial trees or send flowers to the family in memory of Al Cochran, please visit our flower store.